Zora Neale Hurston chronicles the extraordinary career of one of the most prolific African American writers of the 20's and 30's. Hurston became known as "The Queen of the Harlem Renaissance." Her life was a journey that took a brilliant and independent woman from an all-Black Florida township to the covers of national magazines--a journey that included relationships with the literary elite of her times, including Langston Hughes, Richard Wright, and Fannie Hurst. She was a controversial individual whose strong opinions both angered and inspired her contemporaries and later generations of young Black writers.

Laurence Holder's dramatic biography is set in Eatonville, Florida as Zora Neale Hurston at age 70 looks back on her extraordinary life. The Harlem Renaissance and the  jazz age, Jim Crow and white liberal "sponsors"... the play revisits the music, the people, and most importantly the politics that shaped America then and now.

Laurence Holder is the author of "When the Chickens Come Home to Roost" and the current critical hit "Sugar Ray."

Zora Neale Hurston will open October 20 and play through November 20, 2016 for 25 performances. During the New York run a panel of Hurston scholars will discuss Zora Neale's contributions at the Schomburg Center for Research in Black Culture. And on January 27, 2017 the play will be presented at The Zora Neale Hurston Festival in Orlando, Florida. 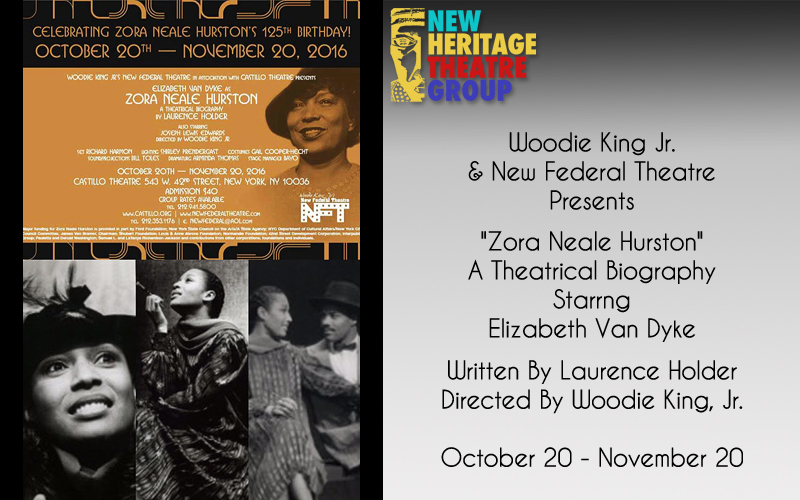