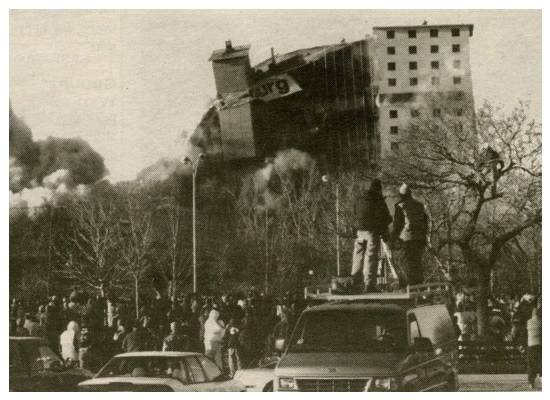 When the city of Chicago tore down its most notorious high rise public housing in 2011, lawmakers and citizens wondered why in 2012 it became the gun murder capital in America.

The gun murders and the areas where they took place were no accident — they comprised just one of the unintended consequences of Chicago’s residential segregation policies, historically the most successful and the most devastating in the nation.

In 2012 Chicago was the gun murder capital of America. 80 percent of those murders too place in only 20 percent of the total geographic area of the city – the segregated areas. This was not an accident, but the consequences of residential segregation polices that have existed for more than 100 years.

The most enduring symbols of Chicago’s residential segregation policies were the public housing high rise towers of Cabrini Green and Robert Taylor homes. Built in the early 1960s, by the time they were demolished in 2011 they were filled with people the city didn’t know what to do with, a cluster of concentrated poverty, blight and crime. The high rises were an indictment of Chicago’s racial and economic history.

A year after they were demolished and violence spiked in 2012, Chicago’s lawmakers reeled from Chicago’s violent reputation and the residents struggled with the instability of social ills create. As hundreds offered solutions to resolve the problem, few brought up residential segregation policy’s role in creating the ghetto.