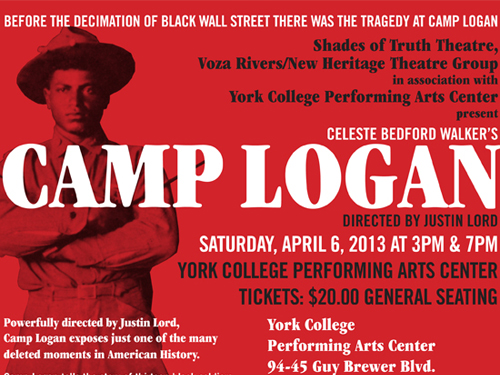 Camp Logan exposes just one of the many deleted moments in American History.

Camp Logan tells the story of thirteen black soldiers from the 24th United States Infantry Regiment in 1917. The men of the 24th Infantry had fought bravely on behalf of the United States and received a distinguished record, having served in the Mexican-American dispute in Cuba and in the Philippines during the Spanish-American War.

Many of the men were 20-year veterans, yet less than five months after returning from service, 13 soldiers from the 24th were hanged without appeal or review under sentence by the largest court-martial ever convened in the United States.