After serving eight years in prison, reformed gang leader S. Lance Ingram (Daniel Beaty) re-enters society and struggles to adapt to a changed Harlem. Living under the tough supervision of a parole officer in a halfway house, he is unable to find a job that will let him use the technological skills he gained in prison, and is forced to deal with racism, gang violence, and the gentrification of the historic New York City neighborhood in which he was raised.

Directed by Jamal Joseph, a leader of the Black Panther Party who spent time in prison as a result of his involvement in the organization, Chapter & Verse pulls you into its vibrant world and reflects upon what it means to forge your own destiny in an outwardly harsh society. 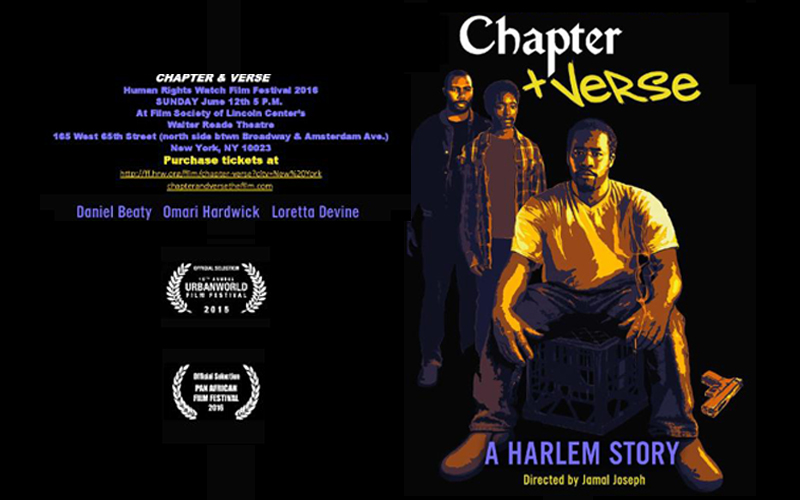