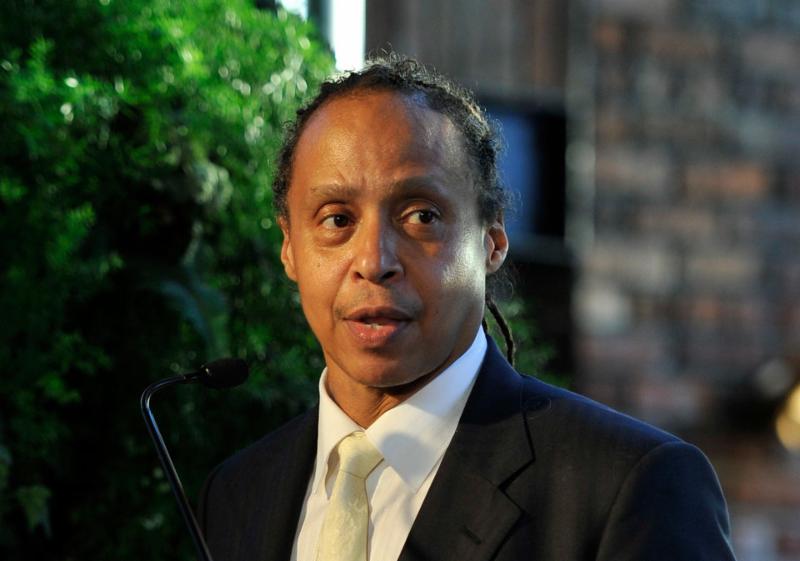 JAMAL JOSEPH Executive Artistic director/co-founder of IMPACT REPERTORY THEATRE has been named the 2017 recipient of the Paul Robeson CITATION AWARD by Actors' Equity Foundation and Actors' Equity Association. Joseph will receive his reward at the Association's Eastern Regional Board Meeting on September 25, 2017.


The Paul Robeson Citation Award honors individuals or organizations that best exemplify and practice the principles to which Robeson devoted his life: commitment to the freedom of expression and conscience, belief in the Artist's responsibility to society and respect for the individual and dedication and concern for service to all humankind. The award was first presented to Robeson himself in 1971. Subsequent recipients include: Paul Robeson; Maya Angelou; Harry Belafonte; Ossie Davis and Ruby Dee; James Earl Jones; Athol Fugard; Lena Horne; Joseph Papp; Sidney Poitier; Pete Seeger; Baayork Lee; and, most recently, Artists Striving To End Poverty (ASTEP) and its founder Mary-Mitchell Campbell.


Joseph has been described as a "Panther, Poet, Professor, Prisoner, and Oscar Nominee." He is also a mentor to countless human beings of all cultural backgrounds and ages. Joseph credits his time spent in the Black Panther Party (at age 15) and nine years in State and Federal Prisons (as part of the "Panther 21") as the fire that forged his creative sword. He is now a full professor at Columbia University's Graduate Film Program and co-founder and Executive Artistic Director of the acclaimed youth performance company Impact Repertory Theatre, based in Harlem, New York. His films have been featured on FOX, A&E, Starz and The Urbanworld Film Festival.


"Jamal Joseph has been bold and forthright with sharing his personal story, and all the ways that he has turned his life lessons into inspiring young people to change the world in a positive way are a manifestation of his commitment to the freedom of expression and conscience," said Actors' Equity Association Councilor Christine Toy Johnson, who nominated Joseph for the award. "His tireless work over the past 20 years in mentoring teenagers to become youth activists through the arts demonstrates his belief in the Artist's responsibility to society and respect for the individual. And his dedication and concern for service to all humankind is unwavering and ongoing in his writing, film making and mentoring. More personally, his mantra to 'keep a positive thought because a positive thought cannot be denied' and his philosophy to 'go where you're celebrated, not where you're tolerated' have been a driving force behind my own career and advocacy work."


ACTORS' EQUITY FOUNDATION, a philanthropic and humanitarian non-profit organization, was created in 1962 to "aid and assist the members of the acting profession and to promote the theatre arts." The Foundation carries out its theatrical mission by giving grants to over 150 nonprofit theatres across the nation annually and to agencies and institutions serving the arts community including AIDS and health care programs, diversity initiatives and career transition services. It is separate from Actors' Equity Association and receives its funding from estate bequests and individual donations. Union dues are not used to fund the Foundation.


ACTORS' EQUITY ASSOCIATION, founded in 1913, is the U.S. labor union that represents more than 51,000 professional actors and stage managers. Equity endeavors to advance the careers of its Members by negotiating wages, working conditions and providing a wide range of benefits (health and pension included). Member: AFL-CIO, FIA. #EquityWorks.