In 1985 New Heritage started a collaboration with South African musician and dramatist Mbongeni Ngema that brought to Harlem and NYC revolutionary masterpieces like Woza Albert, Asinamali, Sarafina, and Township Fever. 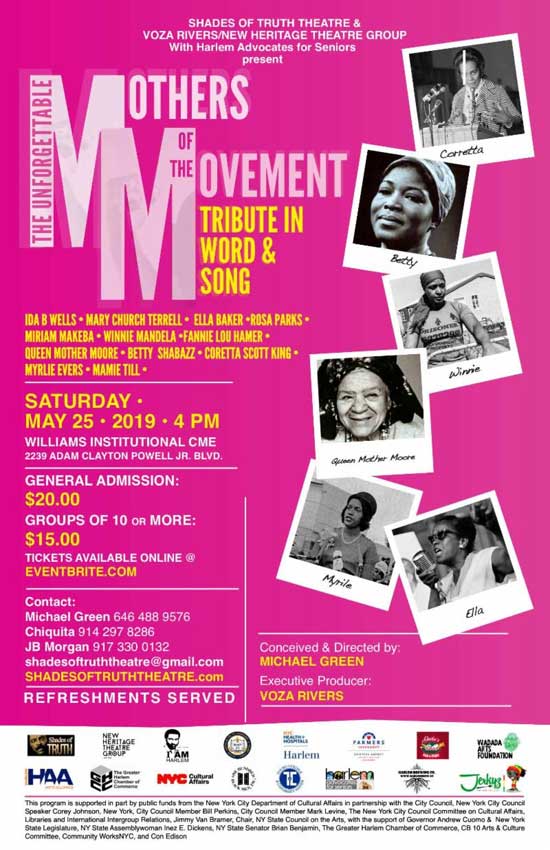 UNFORGETTABLE MOTHERS OF THE MOVEMENT…TRIBUTE IN WORD & SONG

marched on when those voices were silenced.

Standing up and speaking out when they were expected to be silent,

they were willing to stand alone when others were too afraid to stand with them.

We are here because they were there…on this day and everyday …we honor them.