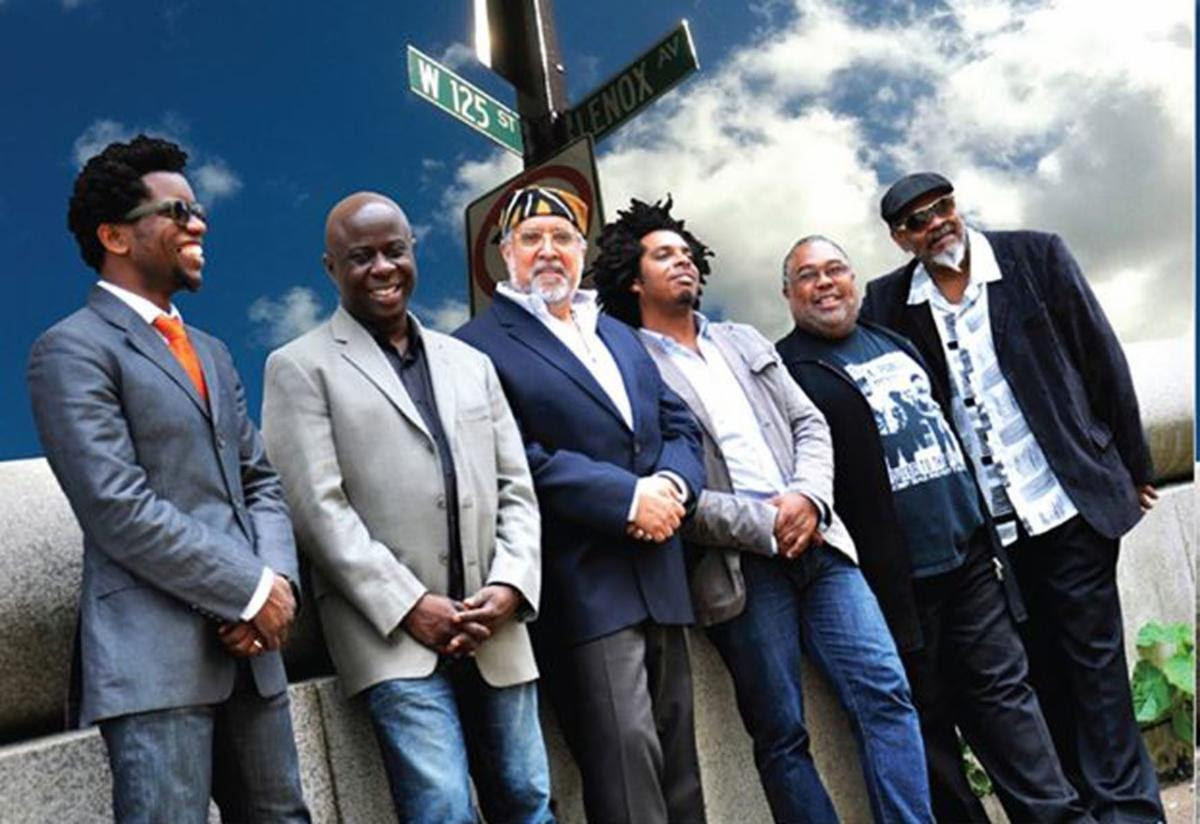 Voza Rivers/New Heritage Theatre Group and Williams Institutional CME Church presents "IT IS AFRICAN"
Featuring the music of the AfroHORN Band & International
Oyu Oro Afro- Cuban Dance Company
HARLEM: FEBRUARY 17, 2020
Voza Rivers/New Heritage Theatre Group and Williams Institutional CME Church will present IT IS AFRICAN, a spiritual afternoon of African music and dance, on Sunday March 8, 2020 at 5pm. This special Harlem premiere performance features Francisco Mora-Catlett and his New York-based Afro Horn jazz ensemble, and a dance performance by the extraordinary Oyu Oro Afro-Cuban Dance company, co-founded by Mora-Catlett's wife, Cuban dancer, international Afro-Cuban folk-lore performer, choreographer, teacher and dance ethnologist from Santiago de Cuba Danys "LaMora" Perez.
Oyo Oro is committed to the preservation of Afro Cuban folk lore, as well as encouraging cross cultural understanding of dance and music.
AfroHORN music ensemble draws from the metaphor of the AfroHorn, an imperative to explore, intone, and celebrate African cultures and their expressive and artistic possibilities."The music is African; not African-inspired, not African-derived, not African-influenced," Mora-Catlett pronounces emphatically, "it is African." Avant-garde cries of pleasure-pain, moments of soulful introspection, and densely interlocking rhythms all come together, illustrating the unity of African expression central to Mora-Catlett's ideology.
The New Heritage Theatre Group, the oldest black non-profit theater company in New York City, was founded in 1964 under the name New Heritage Repertory Theatre by the late Roger Furman, a revered playwright, director, actor and lecturer-with its mission to preserve and sustain classic works of black theater and beyond. In 1983, award winning music and theatre producer Voza Rivers took over the company, and, under the new name New Heritage Theatre Group, expanded the mission to include providing training, performance opportunities, experience and international exposure to veteran and emerging artists. Rivers is a leading theater, music and events producer and documentary filmmaker. He has produced musical events and concerts featuring world renowned artists including Ray Charles, Hugh Masekela, James Brown, Luther Vandross, Miriam Makeba and Mary J Blige among others. As a theatrical producer, his resume includes the TONY nominated Asinamali! and TONY and GRAMMY nominated Broadway musical Sarafina, the OBIE Award winning Woza Albert! and The Huey P Newton Story, as well as Township Fever. As a documentary film maker he is the Executive Producer of "The Savoy King: Chick Webb and the Music that Changed America", "Hughes Dream Harlem", & the Percy Sutton documentary, "A Man for All Seasons."
Williams Institutional CME Church has a long history both as a theater and a church. The building opened in November, 1912 as the Lafayette Theatre, a two-story theatre seating 1,500; and as a gathering place for the major events in Harlem.
As a Theater:
In 1913 the Lafayette became the first major theater to desegregate and allow African Americans and white theatergoers to sit together in the orchestra instead of African American sitting in the balcony. The resident stock company The Lafayette Players played before almost exclusively African-American audiences both in plays from white theater repertory and in the classics. In 1923, Duke Ellington made his New York debut at the Lafayette.

In 1936 the Lafayette Theatre reached the height of its fame with the Voodoo Macbeth, a production of Shakespeare's Macbeth adapted and staged by Orson Welles that ran April 14-June 20, 1936. This show had an all African-American cast of 150 and was a production of the Federal Theatre Project. The production was universally known in advance as the "Voodoo Macbeth" because the setting was changed from Scotland to a fictional island based on Haiti, and acquired its nickname due to its use of voodoo imagery in place of the witchcraft in the original play.

As a Church:
On October 2, 1955 Ms. Mamie Till Bradley, the mother of Emmett Till, spoke at a rally to protest the murder of her son that was sponsored by the NY division of Sleeping Car Porters. The 4000 seat church was full and the streets in front of the church held a crowd estimated to be 16,000 people who came to hear her speak.
September 18, 1958 Dr. Martin Luther King Jr. spoke at the church at a Southern Christian Leadership Conference Rally, four days before he was stabbed at a book signing in Harlem's Blumsteins' Department Store.
December 20, 1964 Civil Rights leader, voting rights activist Fannie Lou Hamer accompanied by Malcolm X delivered her famous speech "I'm Sick and Tired of being Sick and Tired," at a rally at the Williams CME Institutional Church that was organized to support the Mississippi Freedom Democratic Party's Congressional Challenge.
In 1951 the building known as The Lafayette Theater was acquired by Williams Institutional Christian Methodist Episcopal Church. The original facade was replaced in 1990 and in 2013 it is now an eight-story apartment building called the Lafayette.
The Williams Institutional CME Church, under the leadership of Senior Pastor, Reverend Jermain J. Marshall, is located at 2239 Adam Clayton Powell, Jr. Boulevard at 132nd Street, NYC.
Admission to the performance is complimentary. Reservations can be made through Eventbrite. For further information, please contact New Heritage Theatre Group, 229 West 135th Street, New York, NY 10030. Telephone 212 926 0104
###
Staged Readings, Performing Arts Shows, Documentaries & Shorts