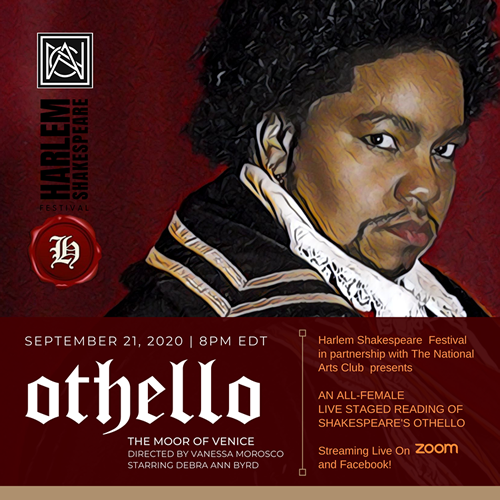 OTHELLO stars international actress/producer, Debra Ann Byrd, who recently received the Broadway World Best Lead Actress Award for her portrayal in the title role. This live classic Zoom production is led by celebrated director Vanessa Morosco and performed by a cast of ten classically trained actresses, who tell the story of a love that defies the boundaries of race; and a hatred that defies all boundaries of reason.  Together they transform a lover’s world of sighs into a universe of hurt ... Othello: “Be careful who you trust!”