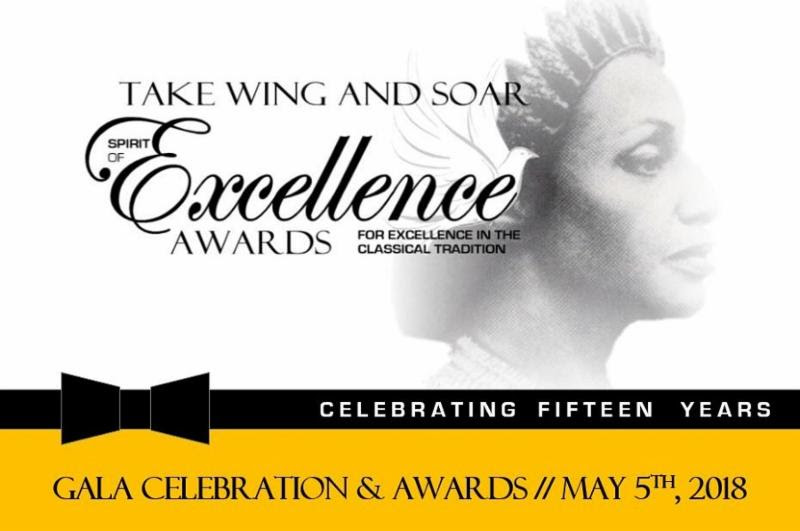 The special celebratory gala event and awards show featured moving performances by the TWAS Classical Actors of Color; Dathan B. Williams, Debra Ann Byrd and Tommie Thompson who performed excerpts from THE SABLE SERIES: The History of Black Shakespearean Actors. Actress Petronia Paley, presented TWASInc’s top honor, the Take Wing And Soar Spirit Of Excellence Pioneer Award to the distinguished veteran classical actress Ellen Holly, who gave a moving speech as she recounted soliloquys from her 1950/60s performances on the classical stages of New York.

TWASInc. was incorporated 15 years ago after classically trained actress Debra Ann Byrd had an unforgettable encounter with a bonafide casting agent and professor, who she told that she was to play the role of Lady Bracknell in The Importance of Being Earnest and was planning to pursue a career in the classics after graduation from college.  The agent ‘temporarily’ quashed her dreams by telling her, “You should be sure to take pictures of yourself as Lady Bracknell because no one looking at your resume would believe that you played Lady Bracknell” … “A career in the classics? How old are you? You go, girl!”   Still another leader said, “Debra Ann, with your proficiency for language, perhaps you should try your hand at August Wilson”.  Needless to say, Ms. Byrd did not allow those two to get the best of her, as she returned to her beloved Harlem community, pulled together a team of six women, hired an incorporation attorney from her alma mater, and together they formed Take Wing And Soar Productions, Inc.  Meetings were first held at Dr. Barbara Ann Teer’s National Black Theatre, where the fledgling company was in residence for its first 8 years.  There they were able to develop the strong network of partnerships with NY agencies, community organizations and local businesses that exist today.

With a volunteer staff, led by its founder, TWASInc. established an award-winning, local, national and international classical theatre company that has touched the lives of many classically trained actors and the production teams, friends, donors, patrons and communities that support them.  Today, TWASInc. is proud that it has been able to form its flagship program, the HARLEM SHAKESPEARE FESTIVAL, as well as, fulfill its mission to support emerging and professional classical artists of color, by fostering their artistic achievement and personal growth, by providing opportunities for career development, and by developing creative programming that fosters diversity in classical theatre.

Given the resounding success of the Take Wing And Soar 15th Anniversary Gala Celebration, it's hoped that the upcoming years will provide even greater chances of improvement of society and lead the community into an age of greater understanding and unity in the arts!

ABOUT THE ORGANIZATION | Take Wing And Soar Productions Inc. founded in 1999 and incorporated in 2003 by classically trained actress Debra Ann Byrd, is a women-led, New York State, 501(c) 3 Professional Theatre Arts Corporation, dedicated to supporting women, youth & especially classically trained actors of color. In its brief history, Take Wing And Soar Productions has enjoyed many successes including the creation of The TWAS Theatre Project, The TWAS Classical Lab Reading Series, The Take Wing And Soar “Spirit of Excellence Awards”, the Harlem Shakespeare Workshop, the Hackney Harlem International Youth Project and the Harlem Shakespeare Festival. The theatre company is the 2017 recipient of the NAACP David Weaver Prize for service to the community and the 2010 recipient of the LPTW Lucille Lortel Award, presented in recognition of the theatre’s body of work in the community, audience development in Harlem and in celebration of the “International Exchange Program” between Take Wing And Soar Productions and London’s Hackney Empire Theatre. Other honors include six AUDELCO Awards and thirty-one AUDELCO Award nominations for its mainstage productions of Richard III, The Darker Face of the Earth, Hamlet, Medea, King Lear, Pecong, Antony & Cleopatra, MASSINISSA: And The Tragedy of the House of Thunder, The Importance of Being Earnest and CORIOLANUS: The African Warrior.