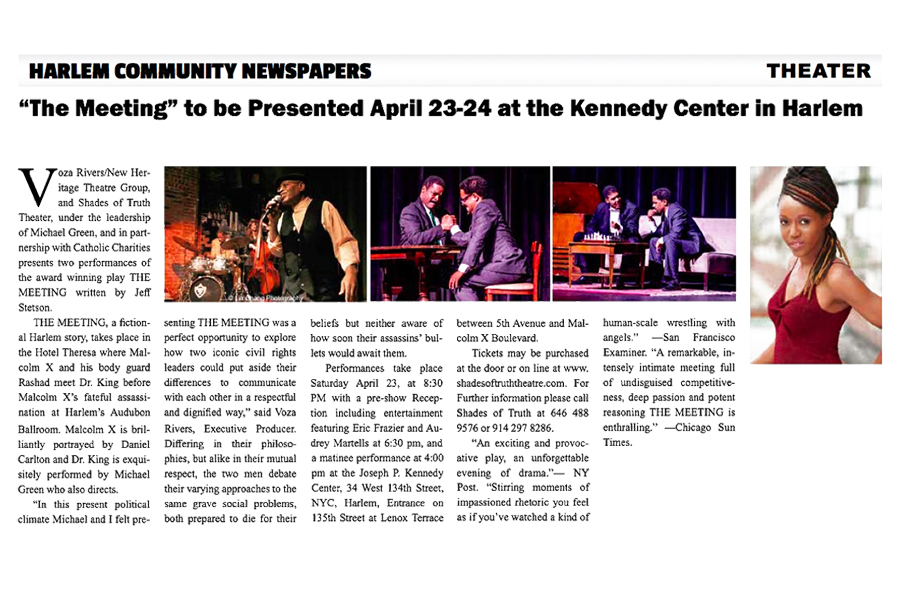 Malcolm X is brilliantly portrayed by Daniel Carlton and Dr. King is exquisitely performed by Michael Green who also directs.

“In this present political climate Michael and I felt presenting THE MEETING was a perfect opportunity to explore how two iconic civil rights leaders could put aside their differences to communicate with each other in a respectful and dignified way,” said Voza Rivers, Executive Producer. Differing in their philosophies, but alike in their mutual respect, the two men debate their varying approaches to the same grave social problems, both prepared to die for their beliefs but neither aware of how soon their assassins’ bul- lets would await them.

“An exciting and provoc- ative play, an unforgettable evening of drama.”— NY